New small painting. I think I shall be using this chap again as a model. Felix good.

One for the Summer Show at The Easton Rooms. Blue Rabbit steps out again. This is page one and two of a lovely wide book that is very slowly evolving.

Driving through the South Downs, I saw this beautiful cloud taking over the head of Firle Beacon.

so I snapped it and gave it a little iPhone makeover.

Added a rough cutout of our dear little Whippet ‘Mouse’ to see how a painting might work. Hahaha – Likey very much. So in production as we speak. Must get that fortuitous pair of Magpies in. 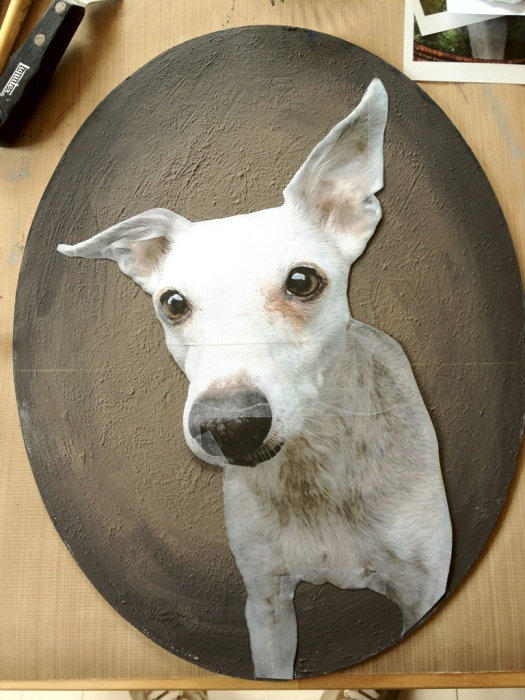 Mocking this one up to get a good composition with maximum ear spread and have decided to start with chalk for the underpainting, so can use cutout Mouse as template at this stage.

It’s coming on OK. Overspraying with Senellier resinous fixer will make the work so far receed and work well as an underpainting for oils. 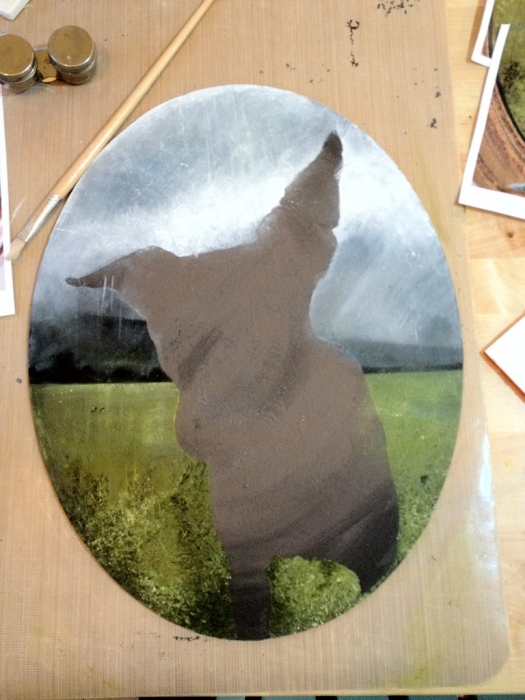 Background is on its way. Need to leave to dry for a day or two. 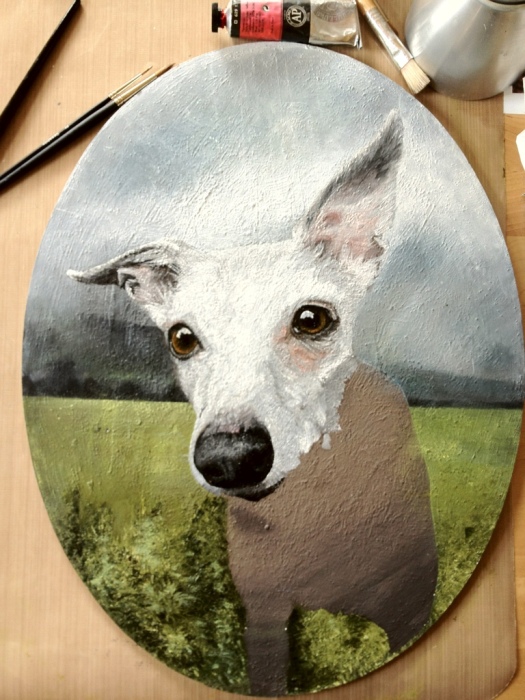 Head is coming together well. The clay coloured background is really working well for me. I’m using loads of matte medium with the oils to get a rough washy feel. Think it might speed up drying time too.

Using end of brush to scratch back through to ground. Really enjoying this.

Just needed a few tweaks here and there and popping in lovely old oak frame, and SOMEONE is quite pleased with himself.

Thought I’d include a rarely seen behind the scenes look at the photoshoot behind Blue Rabbit in Shadow (working title).  Rabbit arrived, ‘fashionably’ late – ugh, but was in fairly good spirits, and ready get into the shoot. I showed him the Rembrandt that Stuart at the Rijksmuseum Amsterdam had lent me for a couple of weeks to get aquainted with.

(note to self – pop pic back in post ASAP)

He seemed down with it, but I detected a note of reticence, and realised too late that I had made a grave and embarrassing error. BR has the face of an angel, but a tragically stumpy arm/shrunken shoulder birth defect which had already seen his promising basketball career cut horribly short (no pun intended). He courteously allowed me to back-peddle with good grace, and the long and short of it was, he let us tape his arms down to his sides. The resulting imagery was a little Lynchian, but I have promised him faithfully that no-one will ever see the shots, and really – who’d care? 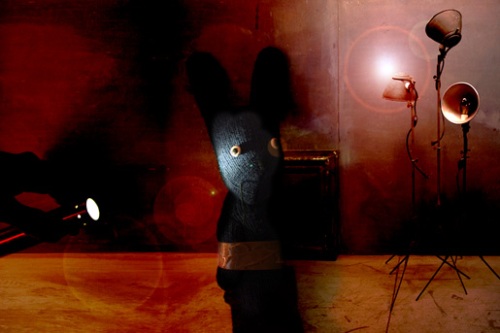 Believe it or not, the shoot took a whole day, and by a very strange quirk of coincidence, three-quarters of the crew were off with shingles that day, so we had a skeleton crew. I very rarely work without at least 30 men under me, but today we just had to soldier on regardless.

But we got the shot, and the painting was made…. 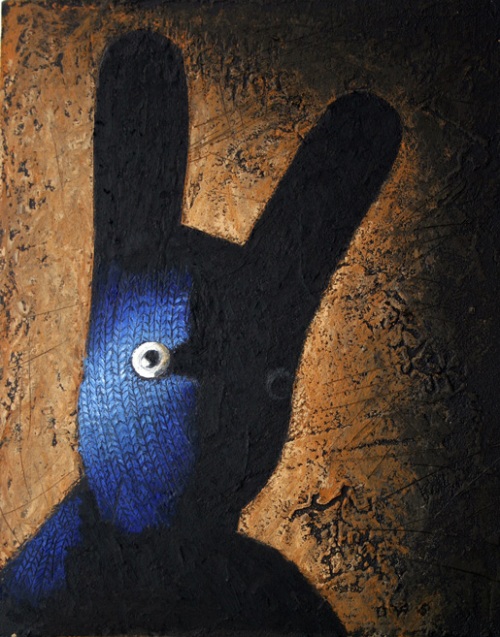 It’s funny, I haven’t heard from him, but I did miss a call from his lawyer a couple of days back. Huh.

Having a bit of a time with this one. Funny, because the picture itself is going in exactly the direction I had intended for it, but as a painting, it is not working at all. So, the Magpie will remain atop his unfinished branch and the sky has since been scraped away, and because I still like him, he is going on one side to be re-imagined and reworked into a different painting later on.